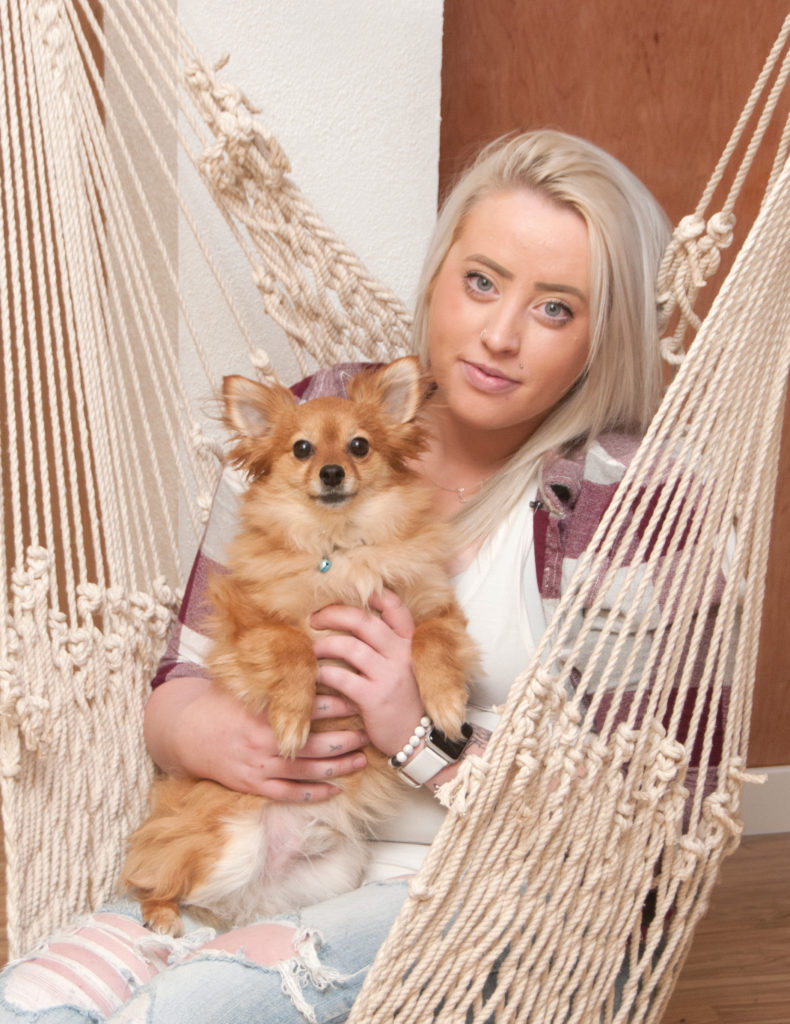 This month’s feature is a relative newcomer to the world of business, but is already on her second highly successful business in less than five years. Courtney Vreeman was born and graduated in Abbotsford, but up until graduation, she made many moves with her parents between the lower mainland and Williams Lake. After graduation she held jobs in the service industry until, at 23, she followed her parents to Williams Lake, where she took a job at Fit City and met her significant other, Clay. She then applied for and got a job with Peterson Construction driving a “Wiggle Wagon” style dump truck and stayed there until she and Clay decided to start a family. Having two boys in quick succession, Courtney needed something else to keep her busy, and after a trip to Mexico, decided to start a tanning company and Mist Me Airbrush Tan was born. A short course, a small investment in equipment, and she was in business; and business boomed right away. She did sessions out of her house and on location, and the party concept of selling was a big success. After two and a half years she sold the business, as it didn’t fit into her life as a new mom.

Her current business came from spending time with a girlfriend who bought a CriCut material cutter. This little machine cuts vinyl and other materials for small signs, t-shirts, and other craft projects. She was hooked, and went and bought one, and then a second. She started making designs for personal use, then began to offer her designer shirts for sale – it wouldn’t be a stretch to say that this little business is going viral. Her business started out as “Creatively Courtney,” but after a year when she saw the rapid growth, she realized that was not a name that was going to scale her business the way she wanted, so Still North Design Co. was born. In October 2017, with perfect timing before Christmas, she created a design that took off and she quickly realized she was running out of space at home. Her next step was to find retail space; her current location on Broadway next to Total Pet opened in February. If you haven’t been to the new location to admire her store interior, you’re truly missing out – she has used wood from pallets, rope and steel piping to create a unique look.

Courtney has been working hard at her current business, and when I say ‘hard,’ I’m talking seven days a week, long hours, and bleeding fingers from getting her 800-plus orders a month out the door. She has only been operating for a couple of years and has already received a ‘best home-based business’ award from the Chamber of Commerce. In addition to Still North Design Co, she also has a children’s clothing line, “The Bremner Boys Clothing,” and “Pinot and Pine” painting parties. Her store also showcases local products; Suds Natural Soaps, Cariboo Candle, Soak Bath Bombs, Cache Allen Creations and Aveline and Co bracelets.

As far as the future, she’s not looking too far ahead, but said slyly that she has a few other projects in the works that she can’t talk about yet. Expanding to Prince George and Kamloops isn’t out of the question and she definitely wants to look at some wholesale options.

I see many great things in the future for this entrepreneur, so stop in and visit her new retail store or visit her website www.stillnorthdesignco.ca to see what she’s up to this week.