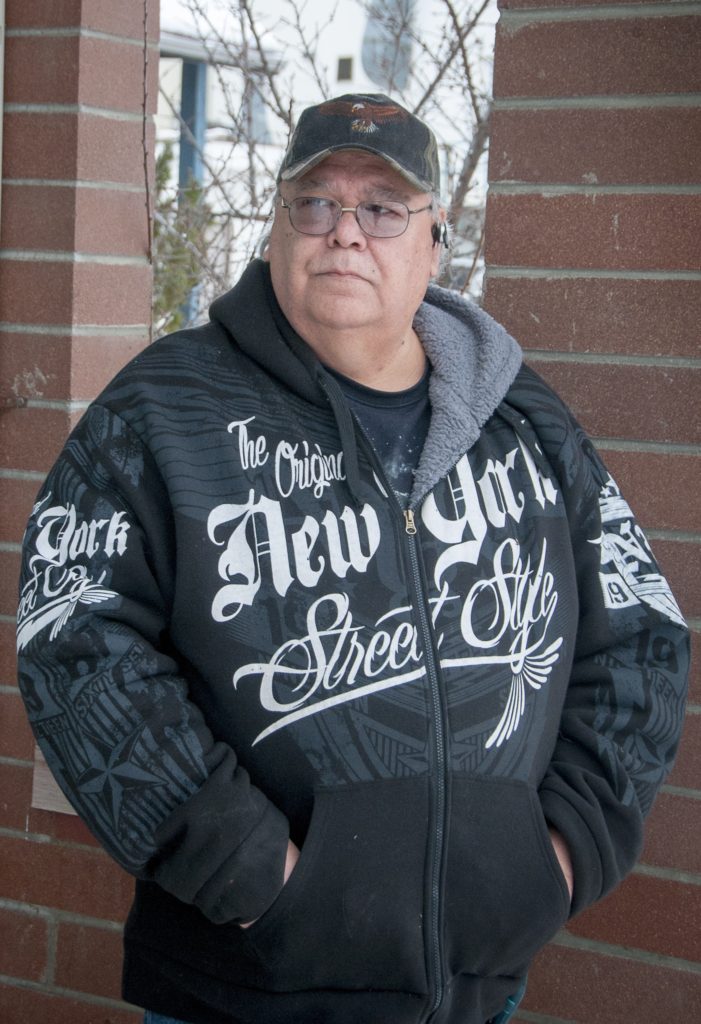 Although Wayne Lucier was born in San Clara, Manitoba, a small community of about 3,900 northwest of Winnipeg, our personality of the month is a long-time Cariboo resident who moved here in 1973. Growing up and going to school in the next-closest town of Roblin, at 18 he decided to move west and ended up in Williams Lake where his brother lived, and where he worked as a fulltime musician for the next five years. He took one year to work on the rigs in 1980 in Medicine hat, but soon returned to the Lake City. His first job in Williams Lake was as a bouncer at Francies Supper Club on Oliver Street, which eventually became The Boot. He worked in the area doing bush jobs until he sustained some injuries. Looking for a new career, he took some training in life skills and addictions, and knew this would be his calling. A renowned First Nations Facilitator named Lee Mason came to Williams Lake offering a Youth Addiction Course, and Wayne jumped at the chance for this training. A little while later, Sage Trainers offered Wayne courses to become a Life Skills Coach. After his training, a pilot project was created because of Vancouver hosting the Olympics, which created positions of “Homeless Outreach Workers.” The project began with six positions throughout B.C. – Wayne thinks he may be the only one left from the original six – and has grown to over 500 positions. This position, which Wayne has held for 11 years, gets its funding from B.C. Housing but is operated out of the Cariboo Mental Health Association. He loves his job and says if he had to, he would do it for free. He helps the homeless with what they need to eventually get off the street, and he spends as much time there as he possibly can. When asked about work in the future, Wayne says he will do this job for as long as he is able and his mind is sharp, so there is no thought at all about retirement. For almost 50 years, Wayne has had a guitar in his hands and has used it to make a living for most of that time. When he isn’t playing as a musician, he is using his guitar in his outreach and life skills work. He only plays now at music festivals, and is actually booked for a festival in his hometown in Manitoba later in 2017. Locally, we can see him at the 5th Annual Cariboo Chilcotin Music Jamboree in the second week of August. His country band mainly consists of Wayne and his brother Arnold, but they add guest musicians all the time. Wayne is also a longtime Museum volunteer, and volunteers for the Metis Association, a part of his heritage he didn’t even know about until he was 15. He is also trying to get “Housing First” started in Williams Lake, and hopes it will take off as it helps get homeless people started on a new life with permanent, affordable housing and supportive services. If you’re looking to help Wayne out he is always looking for furniture to help those in need just give him a call at the CMHA in Williams Lake. I personally would like to thank Wayne for his service to our community and look forward to hearing him play sometime in 2017.