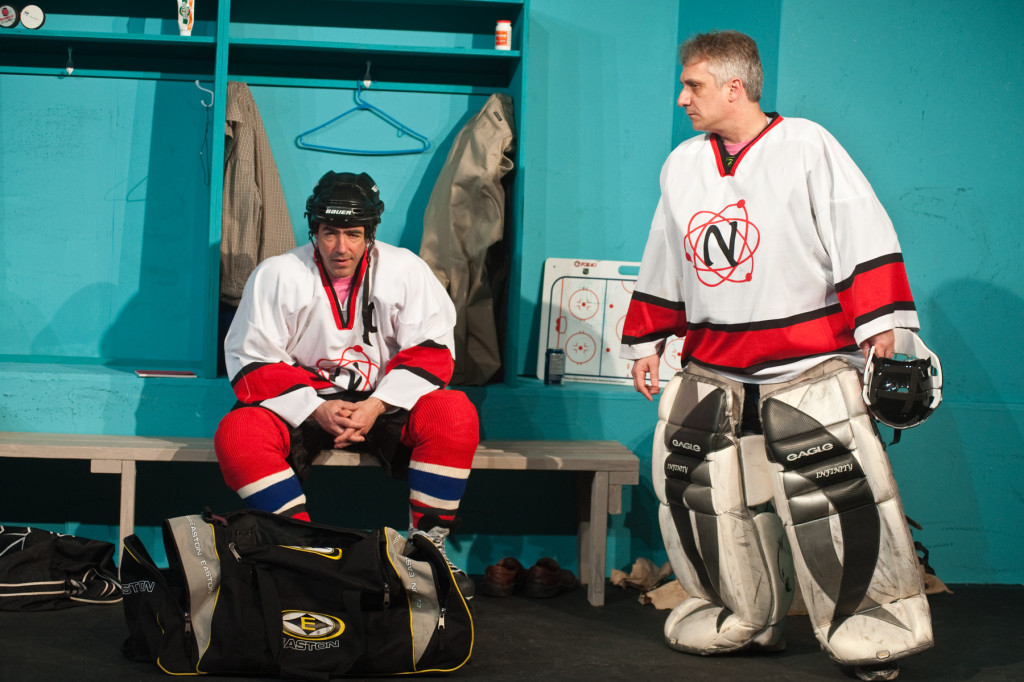 From the director’s chair

The artist of the month for October is a multi-talented local who mas made his mark in local theatre as well as business. Brad Lawryk is an artist of many talents from live theatrical arts to multi media arts. Making his directing debut with the local theatre group, Brad’s play — The Big Five- Oh —is the first to hit the stage for the Studio Theatres 58th season. “This is a great, funny play,” says Brad, as he reflects on his own experience of turning 50 this year.

“This play is about turning 50 and I thought, maybe this is the time.”

As a first time director, Brad says he has the support and mentorship of long time theatre guru and friend Curt Sprickerhoff. Brad got his start on stage in the second grade and has al-ways wanted more. In 2009 he auditioned for The Good Game, a play about hockey that he had seen on stage before, hoping for a small part. Instead, he was cast in a leading role as Charlie the goalie, and so started a renewed addiction to theatre.
From there he acted in On Golden Pond, and has been involved in numerous other plays, tackling a variety of jobs from sound to stage managing, over the last four years. Born in Regina, Saskatchewan, Brad’s path led him to Williams Lake in 1990, and he has been here ever since. He worked as a disc jockey and mobile DJ, then started designing websites. Brad’s creative talent has allowed him to open his own successful web design business, Auroratec Solutions in 2010.
One of Brad’s latest projects to launch has been the Laughing Loon Pub’s website. Brad also donates his time and talent to maintaining the Studio Theatre’s website, keeping it updated with all that is theatrical. Web design is an artistic talent that keeps this business professional busy at work and with volunteering his time. Brad is married with children, who are also a big part of his life, and when he’s not at a lacrosse game he has his kids and wife by his side at the theatre. His wife, Rae, is producing his upcoming play, which is on stage in the first week of November. When Brad is not at the Theatre or coding a website, he can be found watching the Saskatchewan Rough Riders. “They are like family to me,” states Brad. “They are a big part of my life. I grew up going to the games.” When asked about what the future holds, he stated that he wants to look at getting an improv group started up. “I also want to get back on stage, and I have a list of plays I want to direct,” Brad says with a smile that tells you that this artist has been bit by the theatre bug. In his spare time he reads a lot of scripts and never stops thinking of the future.
Artist of the month, Brad Lawryk, doesn’t have to wear a goalie’s mask, a pound of stage makeup, or sit behind a computer screen or in a directors chair to be a man of many talents. This man, unmasked, is a truly great, well rounded guy.