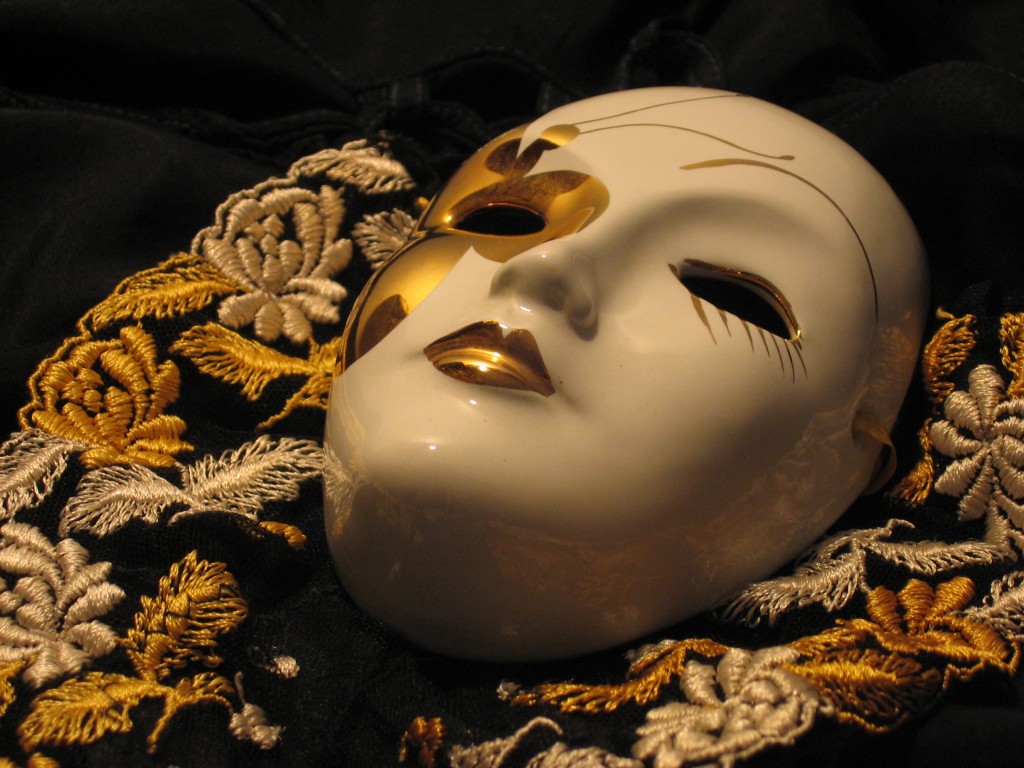 Masks in film and literature

Batman: The Dark Knight Rises (2012) [videorecording]
Masked avengers, anyone? It has been eight years since Batman vanished into the night, turning, in that instant, from hero to fugitive. As reviewer Lou Lumenick comments in the Washington Post, “Christopher Nolan’s dramatically and emotionally satisfying wrapup to the Dark Knight trilogy adroitly avoids clichés and gleefully subverts your expectations at every turn.” And Bane, the masked terrorist, has to be one of the horrifying villains in contemporary cinematic history.

The Translator: A Novel (2013) Schuyler, Nina
This recent novel received a starred review in Booklist. As a translator, Hanne Schubert believes in language—its power to convey and emote, to create common ground and bridge gaps in understanding. After a serious fall, Hanne awakes to find she can speak only one of her many languages, Japanese. With her personal life at a crossroad, Hanne leaves for Japan. There, the Japanese novelist whose work she
translated stunningly confronts her publicly for sabotaging his work. Reeling, Hanne struggles for meaning and seeks out the inspiration for the authors novel, a tortured, chimerical actor, once a master in the art of Noh theater. Through their passionate and intriguing relationship, Hanne begins to understand the masks she has worn in her life, just as the actor dons the masks that have made him a legend of Noh. A searing and engrossing novel.

The Land Grabbers: the new fight over who owns the Earth (2012) Pearce, Fred
Pearce sets out to expose the ‘land grab’ taking place around the world and how corporate and governmental promises about the benefits of development are masking environmental and social destruction and the transfer of wealth out of host countries. Kirkus Reviews summarizes The Land Grabbers as “a well-researched, informative and accessible look at important economic and agricultural issues,” while the
Washington Post hails it as “a powerful piece of journalism that illuminates how the drive for
expanded food production is transforming the planet.”

Bane, the masked terrorist, has to be one of the horrifying villains in contemporary cinematic history

The Masque of Africa: glimpses of African belief (2010) Naipaul, V. S. (Vidiadhar Surajprasad)
Editorial Reviews From Booklist Naipaul’s book about the ‘nature of African belief ’ is expression of the author’s long-held fascination. Erudite but not scholarly, it could be called a travelogue with dialogue;
as he visits or revisits Uganda, Nigeria, Ghana, the Ivory Coast, Gabon, and South Africa, he speaks with
a wide range of people, from diplomats and royalty (being a Nobelist grants him greater access than most), to politicians and businessmen, to academics and medicine men. African novelist Aminatta Forna observes,
“Naipaul gets it. He is dry, often irked, sometimes enraged….But he is also patient (not a trait often associated with him), engaged, funny, self-reflective and thoughtful…in writing shorn of excess… he has a wicked way with syntax…The Masque of Africa is a book for outsiders, for those who may never visit Africa or may know it only superficially. But it is also a book in which Africans themselves may find something to learn.”